Our resident Head of Fitness, Justin Pimm, tells us the benefits of cold water immersion.

Keeping fit is very important to our resident Head of Fitness Justin and he loves finding new ways to keep active and keep his exercise routine interesting. Taking a dip in the sea at this time of year is certainly one way to freshen up your routine! Justin explains the benefits of the growingly popular activity...cold water immersion. 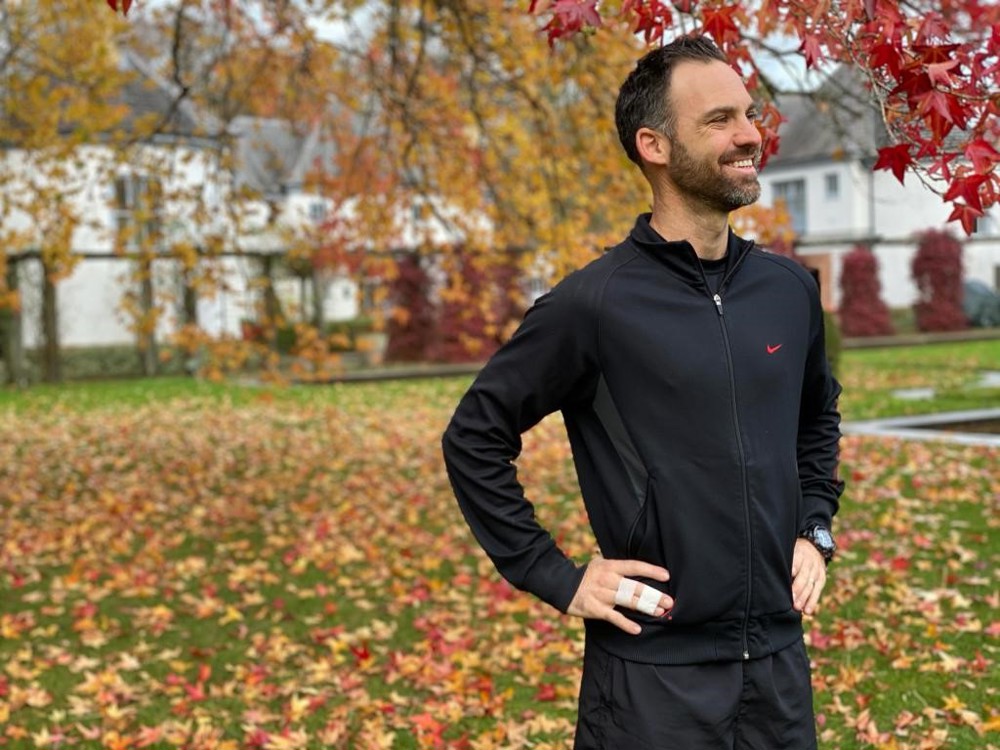 The thought of going for an open-water swim or taking a cold shower, especially in the middle of winter might just be enough to send you shivering off to find a woolly jumper.

But don’t be so quick to dismiss this as an act of sheer lunacy. There are in fact a whole host of benefits which you might not have even realised.

So, what exactly happens to the body when it is immersed in cold water (≤14℃)?

The body experiences vasoconstriction of the blood vessels, or a contraction of these capillaries, which in turn forces the blood away from the superficial organs and is pumped directly to our internal organs in order to keep them functioning. This is done via considerably constricted blood vessels, and it is exactly this physiological response to the cold that improves the body’s overall circulatory system; and of course, is hugely beneficial as improved circulation helps maintain the body’s overall efficiency (think of your body as a well-tuned, high-performance Formula-1 car which you’d expect to be constantly running at its best).

Not only do we see a marked improvement in the body’s circulation, but various studies have shown that there is a significant increase in the body’s white blood cell production following repeated exposure to cold water immersion. This means an increase in monocytes, lymphocytes, and plasma concentrations of some acute-phase proteins, such as haptoglobin and haemopexin – which put simply provides a boost to your immune system. With their power to consume pathogens, eliminate bacteria, and fight viruses and toxins, white blood cells keep you feeling your best while boosting your immune system's defences. The more white blood cells floating around in your bloodstream means you’re more likely to fight off nasty colds and cases of flu, and given the global pandemic we all currently find ourselves in, I for one would like to boost my immune system as much as possible.

You would be forgiven if you’ve experienced some mood fluctuations recently and let’s be honest, these are certainly trying times, so knowing that there is something we can do to significantly improve our mood should come as welcome news.

It may come as no surprise to know that exposure to cold-water releases noradrenaline into parts of the brain involved in focus, attention and emotions. It also decreases the production of inflammatory cytokines (linked to anxiety and depression) which supports the idea that cold-water exposure has tremendous mood enhancing capabilities.

If that wasn’t enough to get you dusting off your swimming trunks, there’s more….

Research has linked cold-water immersion to increases in metabolism causing increases in individuals' brown fat (the good fat) while reducing the amount of unhealthy white fat. Unlike calorie-laden white fat, brown fat helps burn energy. While shivering away during your morning shower won't cure obesity, it can help you turn bad fat good.

The increased blood flow has been linked to improved skin health (better hydration and reduction in inflammation) and has even been thought to help with various skin and hair conditions including psoriasis.

A better night’s sleep – this is due to increases in the stress hormones (cortisol and noradrenaline) for as much as up to 60 minutes post-immersion. When regulated naturally, cortisol actually plays a very important role in balancing some of our bodies’ daily systems. For example, it helps us naturally wake up in the morning, controls our blood pressure and assists with memory formulation.

Right, so we know it’s good for us and we want to ‘jump’ on in, but let’s not throw all caution to the wind. I would highly recommend starting off easy and building up your ability to withstand longer periods of time. Whether it’s a 15 second cold water blast in the shower every day or a 30 second dip in the ocean – remember every journey has to start with that first step. I would also advise on working on your breathing techniques (if you haven’t read Dave Tilston’s article on breath work, I would highly recommend you do. Read it here) as this will help you maintain control as the body’s physiological responses kick-in. Don’t forget that your natural inclination will be to get out as quickly as possible, but you have to fight and resist that urge. Be patient with yourselves as well, you are not going to be able to withstand prolonged periods of time straight away (despite all the best intentions in the world). You need to build up to this – and I would say if you can try and aim for up to a couple of minutes, to begin with, that would be an excellent target.

With so many benefits it is easy to see why there’s so much buzz around this topic, especially at the moment. I for one can vouch for this, having personally been cold-water swimming every-day since the beginning of December. It’s been one heck of a ride, but I can honestly say that I’ve felt the benefits. It may not be everyone’s cup of tea, but then again, what have you got to lose…. perhaps that irritable, anxious feeling and a bad night’s sleep!

Justin Pimm, our resident Head of Fitness holds a BSc (Hons) first-class degree in Strength & Conditioning Science which he attained at St. Mary’s University, Twickenham. He has previously worked at the National Tennis Centre in Roehampton, overseeing all aspects of physical training and athlete well-being which included working with notable athletes such as seven-time Grand Slam doubles winner Jamie Murray. After leaving the NTC, Justin then went on to work for Surrey Cricket, involved with leading the Strength & Conditioning programme for all players ranging right through the youth academy up to the first team which included several national call-ups, including Kevin Pietersen, Rory Burns and international players Ricky Ponting and Graeme Smith.