Our Senior Personal Trainer Alex, gives us the lowdown on Qi Gong…

Qi Gong, pronounced “Chee Gong”, is spelt in various ways, due to the Americanisation, to make it easier for people to pronounce or understand (Chee Gung, Chi Kung, Chee Gong…).

So, what is Qi Gong?

“Qi” translates to energy or life force, and “Gong” means to work or cultivate.  It is an ancient Chinese system of exercise and breathing that dates back some 3000 years. Qi Gong is a branch of Chinese medicine, it will help to improve your mental and physical health in many different ways. It helps to relieve stress, quieten the mind, and promote relaxation. Qi Gong will improve mobility and movement, coordination, posture, balance, and strength. The breathing techniques and flowing movements have been linked to increased immunity and levels of general health. Qi Gong is performed as a series of movements, these can be slow and graceful or in some cases dynamic with forced breathing, with one movement being repeated over and over for a number of breaths or times before moving on to the next movement. A practice can be as little as two movements up to 8 or 10. Practices can be designed for specific issues that need supporting, whether they are physical or mental.

As already mentioned, Qi Gong is over 3000 years old. It all began like many of the ancient arts with a weary peasant in ancient China tired after a hard day’s work in the rice fields. Standing in the moonlight and wanting to wind down, relax and recharge. They found that moving in specific ways made them aware of a feeling that created energy and warmth flowing through their bodies. It seemed that it was linked not only to the repeated movement but to the breathing patterns as well. This warm flowing feeling was traced around the body in much the same way as acupuncture. They found this system left them warm and energised not only in their bodies but in their minds and spirit.

There is an account in ancient text  known as the Huangdi  Neijing (The Yellow emperor’s canon of internal medicine) dating from 722-721 BC that states:

“People living along the yellow river (in central china) where the area is damp, therefore suffering from tiredness and depression, and hot and cold illness is common. The curing method is Daoyin (breathing techniques) and Angiao (stretching).”

Some areas of Qi Gong are related to the movements of animals in “The five animals play” (tiger, deer, bear, monkey and bird)  and to “the Five elements of life” (wood, fire, earth, metal and water).

Qi Gong recently received much attention in 2020 when it was used initially in Wuhan province, then through wider China as a treatment for Coronavirus 19. Using the “Baduanjin Qi Gong” or “Eight pieces of brocade” or “8 Silken movements”.

Why do I practice Qi Gong?

As you may know, I completed a full military career of almost 23 years, serving with 3 Commando Brigade (with 29 Commando Regiment  Royal Artillery ) then later with 32 Regiment Royal artillery. During this time, I served on four tours of Afghanistan (2002, 2008, 2010, 2012) and one tour of Iraq (2003). On top of what life throws at you,  I also had my father suffering a long and rare illness MSA (Multi System Atrophy) until 2018 when he sadly passed. As you can imagine I had a lot of issues to work through. My usual regime of the gym and boxing training was not enough. Qi Gong brought the quiet and softer side to my approach to wellness. Qi Gong gave me the head space and sanctuary I needed. It gave me a  feeling of peace, calm and warmth. The sensation of flow and of time standing still. Creating a pause in our very busy world. I now practice for mobility, relaxation, and flow. 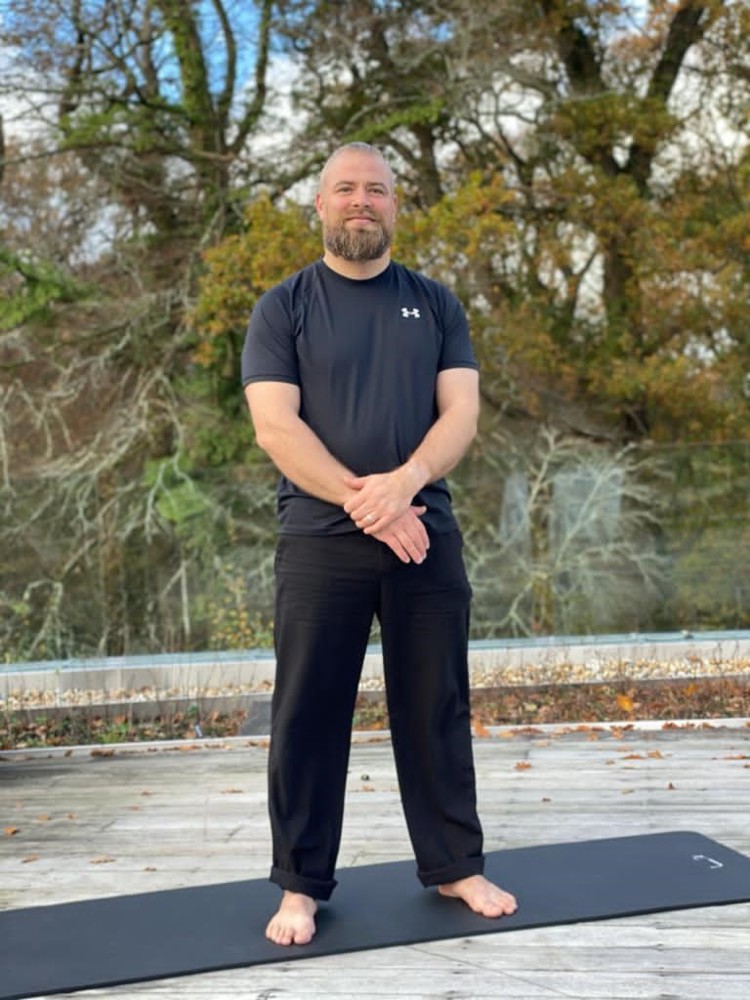 Flow is best described as the feeling of being fully immersed in the activity, the state of perfect focus. For me, it is the feeling of time standing still, reality blurring out of sight and only the movement and breathing filling the space.

How does Qi Gong compare?

I personally use Qi Gong as part of my Holistic wellness routine. Let’s see how Qi Gong stacks up against other types of meditative exercise.

Fancy giving it a go?

If you like what you have heard about Qi Gong, why not head over to the “My wellness App” and check out the Qi Gong on-demand classes. We will also be adding Qi Gong with Alex to the new fitness schedule, why not give it a go when we reopen! There are also lots of helpful videos on YouTube with introductory sessions in Qi Gong.