Herb House Spa is our spa at Lime Wood dedicated to natural well-being, inspired by its forest surroundings. The space instils a sense of calm, well-being and serenity – it’s the perfect chilling retreat. Designed over three levels, Herb House has a massive Sauna and indoor Hydro Pool with stunning forest views, a Mud House, a steaming outdoor Hot Pool, and 10 spacious single treatment rooms– the perfect place to escape from the world in the heart of the New Forest, but the rooftop Herbery is where it all started.

The rooftop Herbery at Lime Wood isn’t just an aromatic backdrop for yoga, meditation and forest watching – its collection of herbs is extensive, and all selected for a reason. Both the rooftop Herbery and the gardens surrounding the Herb House were designed by David Elton, Lime Wood Group Director, with a straightforward vision; “to create simple and comfortable, unfussy outside areas – garden-rooms, if you like, that reflect the interior and continue the theme of Herb House using living herbs outside complimenting and extending the treatments and therapies received inside. The goal was to provide a totally immersive experience of visual, smell, touch and texture that would also reflect the natural position leading into the ancient forest.”

Planting for the rooftop Herbery has centred around a carpet of thyme, incorporating over 15 varieties interspersed with thrift, sage and rosemary. There are seating areas, each one hedged with different varieties and colours of lavender and nepata (catmint) and you will even find a chamomile lawn for that ultimate luxury – treading on it barefoot when fresh with an early summer’s morning dew and releasing that wonderful fragrance.

A central avenue of bay trees and pyramids leads to the mintarium – a glorious forest facing sun deck – marked with ancient olive trees and surrounded by beds of mint – not just your everyday common or garden mint, (although they are also there) but 15 varieties of mint including basil, pineapple, chocolate, and banana. All these herbs are vital ingredients in the menus of the Raw & Cured food bar and in many of the treatments offered in Herb House, not to mention an endless source of fascination. 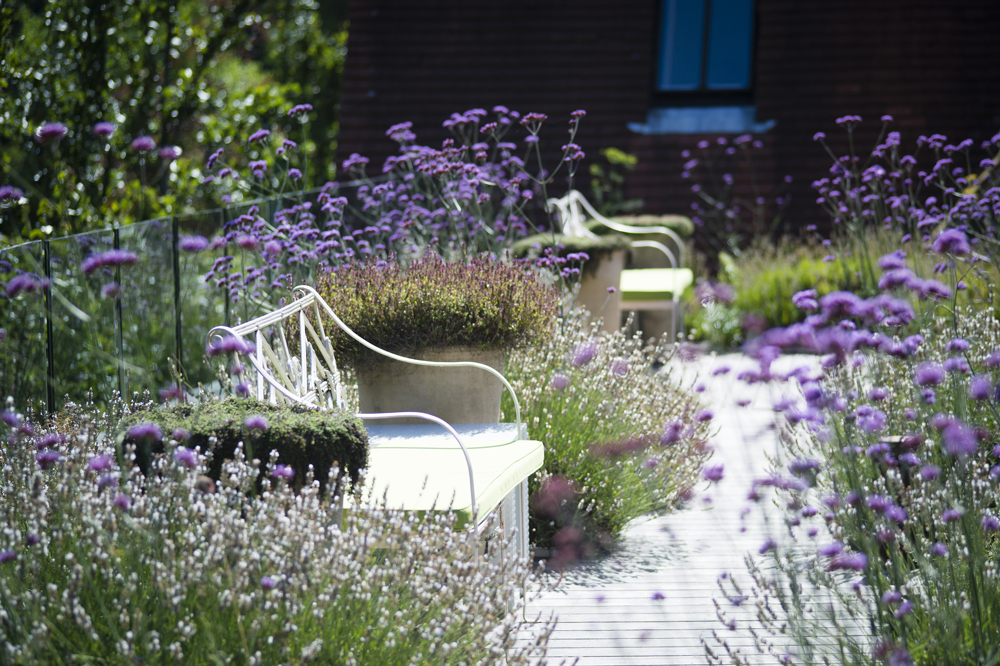 Rosemary is a traditional symbol for remembrance (think of Ophelia in Hamlet) and love (Aphrodite is said to have been draped in it when she emerged from the sea, and medieval brides would wear rosemary head wreaths). It is high in iron, calcium and vitamin B6 and contains antioxidants. At Herb House, it’s a key ingredient (along with lemon, cedar and cinnamon) in the Bamford Signature Treatment Body Polish, which is warming, invigorating and detoxifying and can help to improve circulation and reduce the appearance of cellulite.

Chamomile is widely used to relax and reduce anxiety and is offered as a herbal infusion at both Raw & Cured and Herb House. Bamford’s Chamomile Body Oil, a blend with lavender and tea tree oil, is also used in the spa – in the Bamford De-stress Massage and in the Bamford Chamomile Body Oil and Body Cream, which soothes the nervous system and is gentle and nourishing for dry skin. 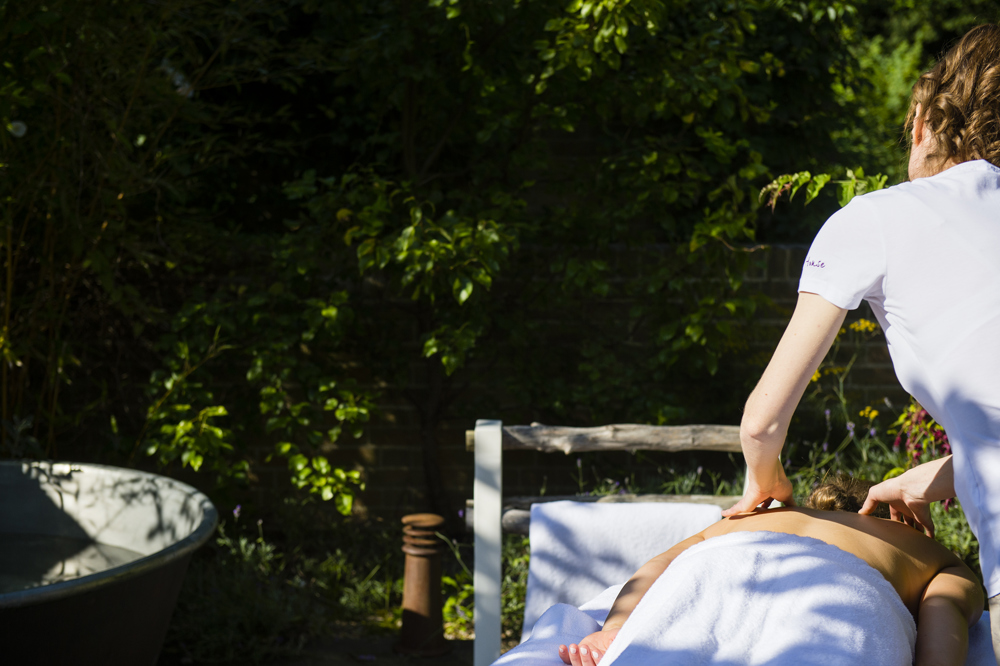 The Romans scented their baths with lavender; its late-Latin name came from the verb lavare (to wash). The oil has antiseptic and anti-inflammatory properties, and it is traditionally believed to soothe and heal insect bites and burns, while lavender pills are thought to aid sleep. At Herb House, staff decorate treatment rooms with lavender to aid relaxation and the essential oil is added (with geranium and peppermint) to Bamford’s Geranium Body Oil. The lavender de-stresses, the peppermint refreshes, and the geranium eases-tired muscles and joints. 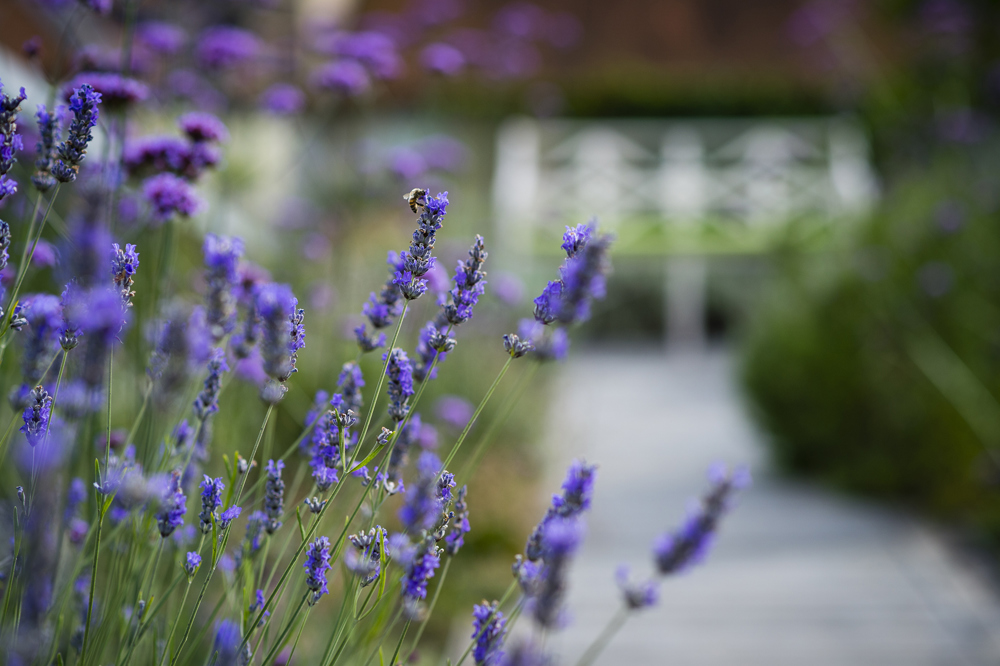 Mint is used worldwide to revive the body and spirit. The Roman naturalist and philosopher, Pliny, encouraged his students to wear it to ‘exhilarate their minds’ and it is still a popular decongestant. Try a fresh mint tea in Raw & Cured or mixed in with the Halibut ceviche. At Herb House, peppermint tea is also offered to aid digestion.

Fennel has a starring role in Greek mythology; it was the stalk of a fennel plant that the Titan Prometheus used to steal fire from Zeus to give to mankind. Today, the seeds are a popular ingredient in oriental cooking and eaten as a digestive in parts of India and Pakistan. At Raw & Cured, a fennel slaw is created to compliment the cured salmon. It is also fermented to help the gut-biome.

Chives were believed by the Romans to alleviate sunburn and to act as a diuretic; they are still regarded as having antiseptic and diuretic properties. They are rich in calcium, iron and vitamins A and C and the stems are widely used in cooking. Raw & Cured adds the stems to the avocado and Fluffetts egg.

The ancient Egyptians used thyme for embalming; for the ancient Greeks (who burnt it in their temples); and medieval knights (who were given gifts containing thyme by their ladies), it was a source of courage. The essential oil contains an antiseptic.